In this example, you will learn how to merge redundant actors to one actor.

Open the networkmap modul in MyNetworkmap and load your network. 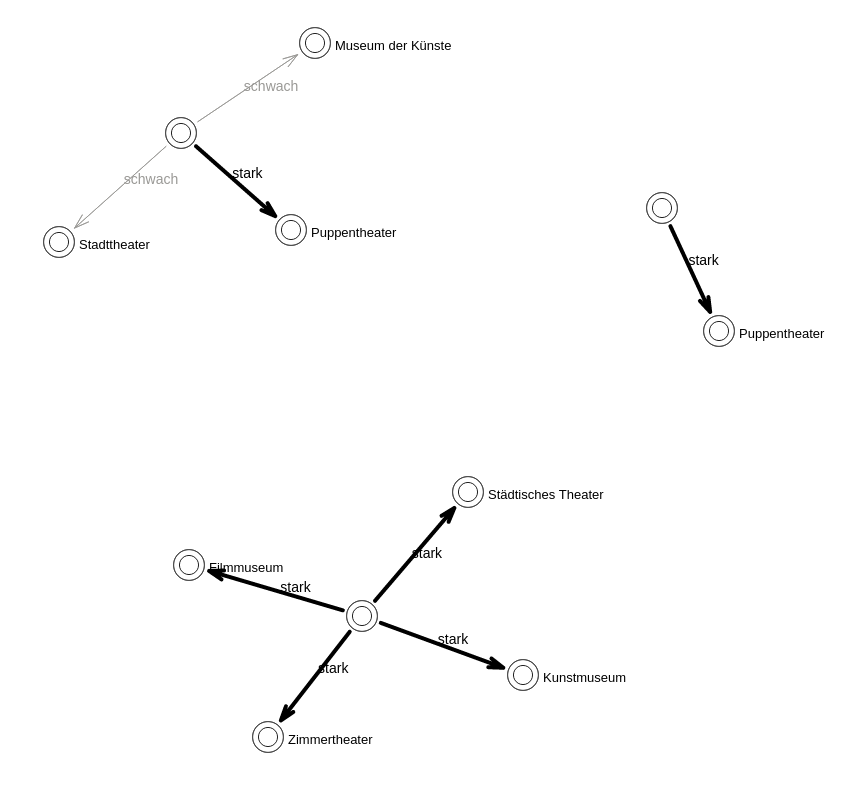 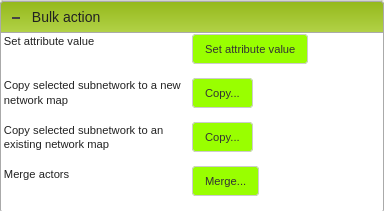 Now the popup for merging the actors appears. Important: Only the relations are merged, the actor attributes are not merged.

In the selection menu, you can also set whether you want to merge the redundant actors into a new actor or into an existing actor.

If you want to create a new actor, you can also specify an actor name. You do this in the input field. 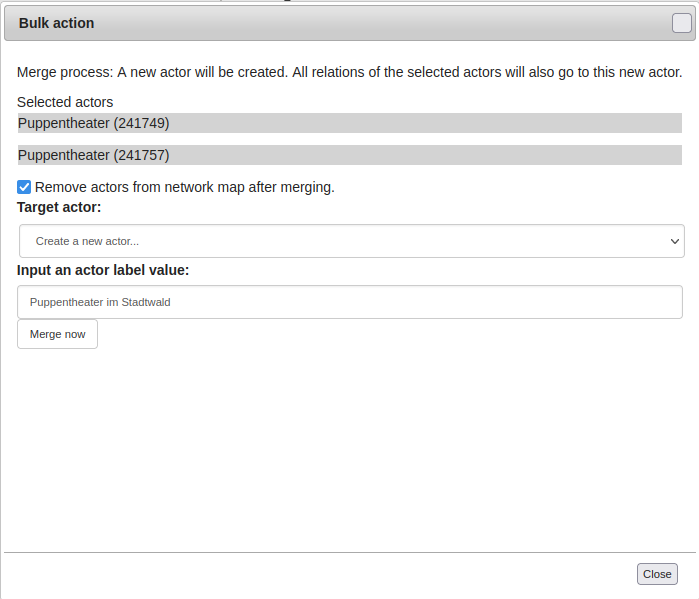 In this example, a new actor ("Puppentehater im Stadtwald") has now been created and the relations now run to this new actor. 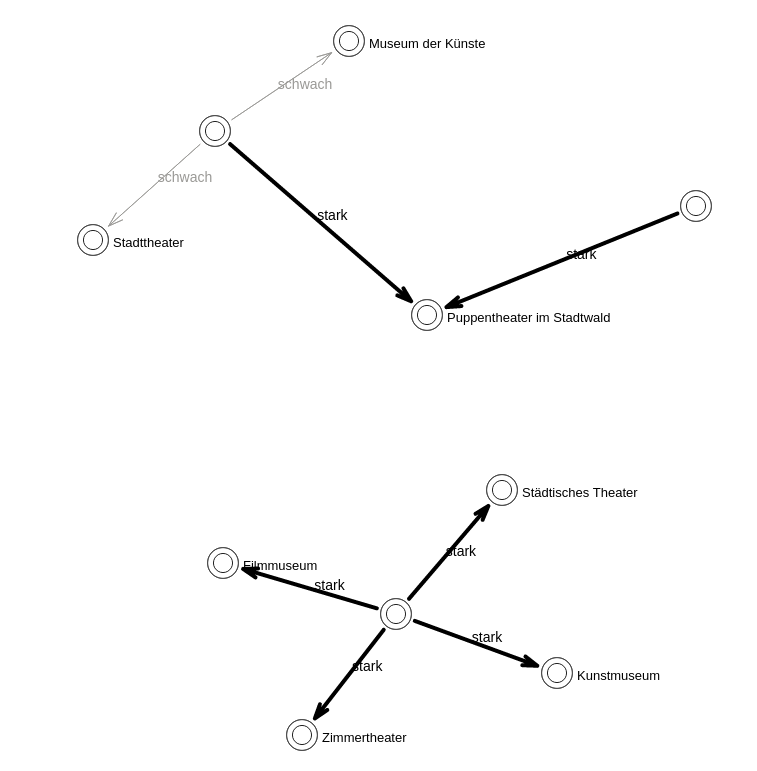 After repeating the previous steps for all redunant actors, the following network results: